Every time you create a new branch in Git you need to switch to that branch before committing. In this pro tip I’ll show you my favorite shortcut to create a branch and switch to it, all at the same time.

Traditional ways to create a branch

In Git, it is possible to create a branch and switch to it using the following command sequence:

As you can see in the image below:

Or even with the following sequence:

Also visible in the image bellow:

Shortcuts to create branches and switch branches at the same time

There’s nothing wrong with these two sequences of commands shown earlier, but there are two shortcuts to get the same result using just one command. The first using git checkout followed by the -b flag:

You can see the similar result to the one shown in the first example of this blog post:

And if you prefer using the command git switch we have the following shortcut using the -c flag:

Also with a similar result to what we saw previously:

Below you’ll find two GitFichas to help you remember these shortcuts: 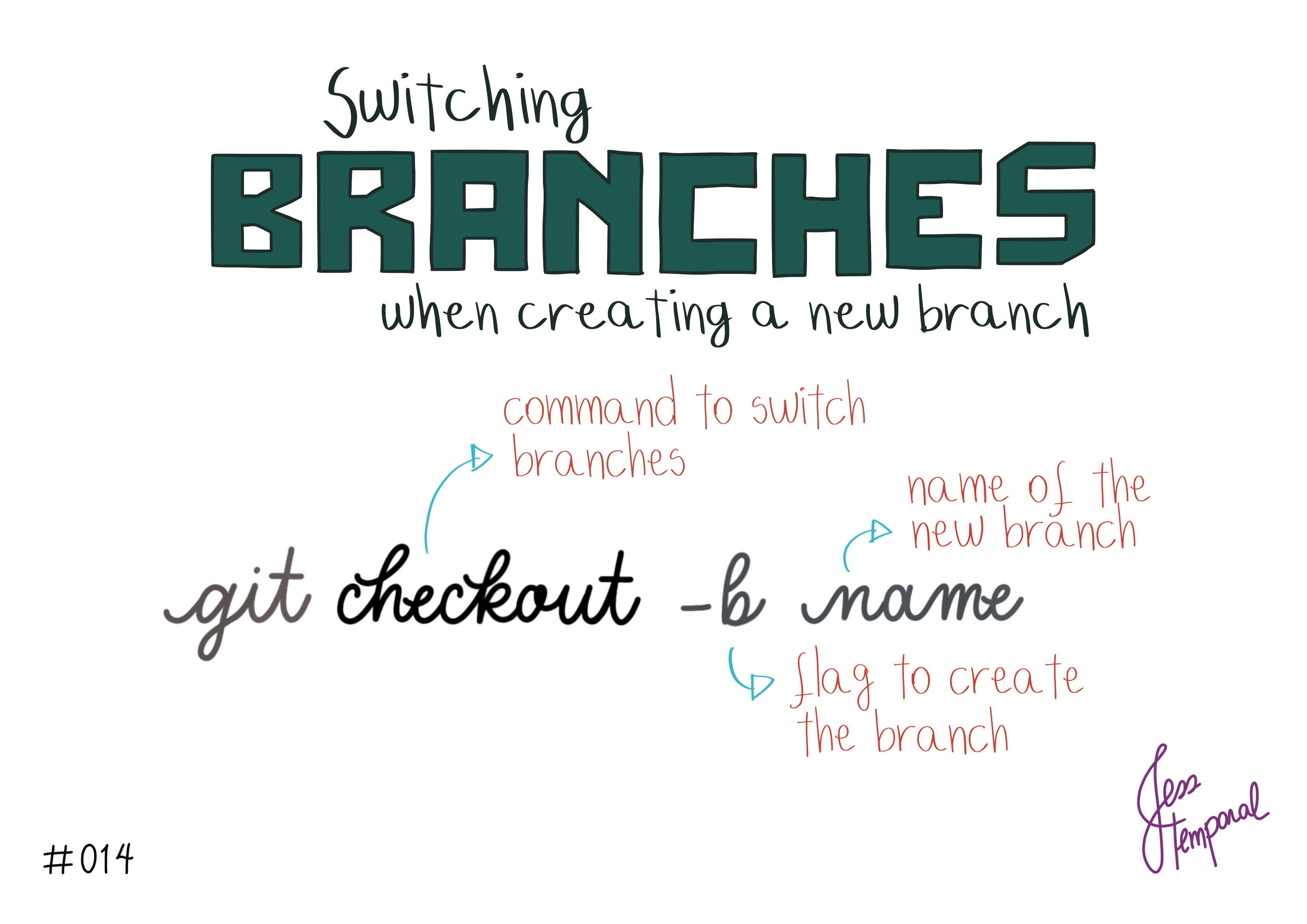 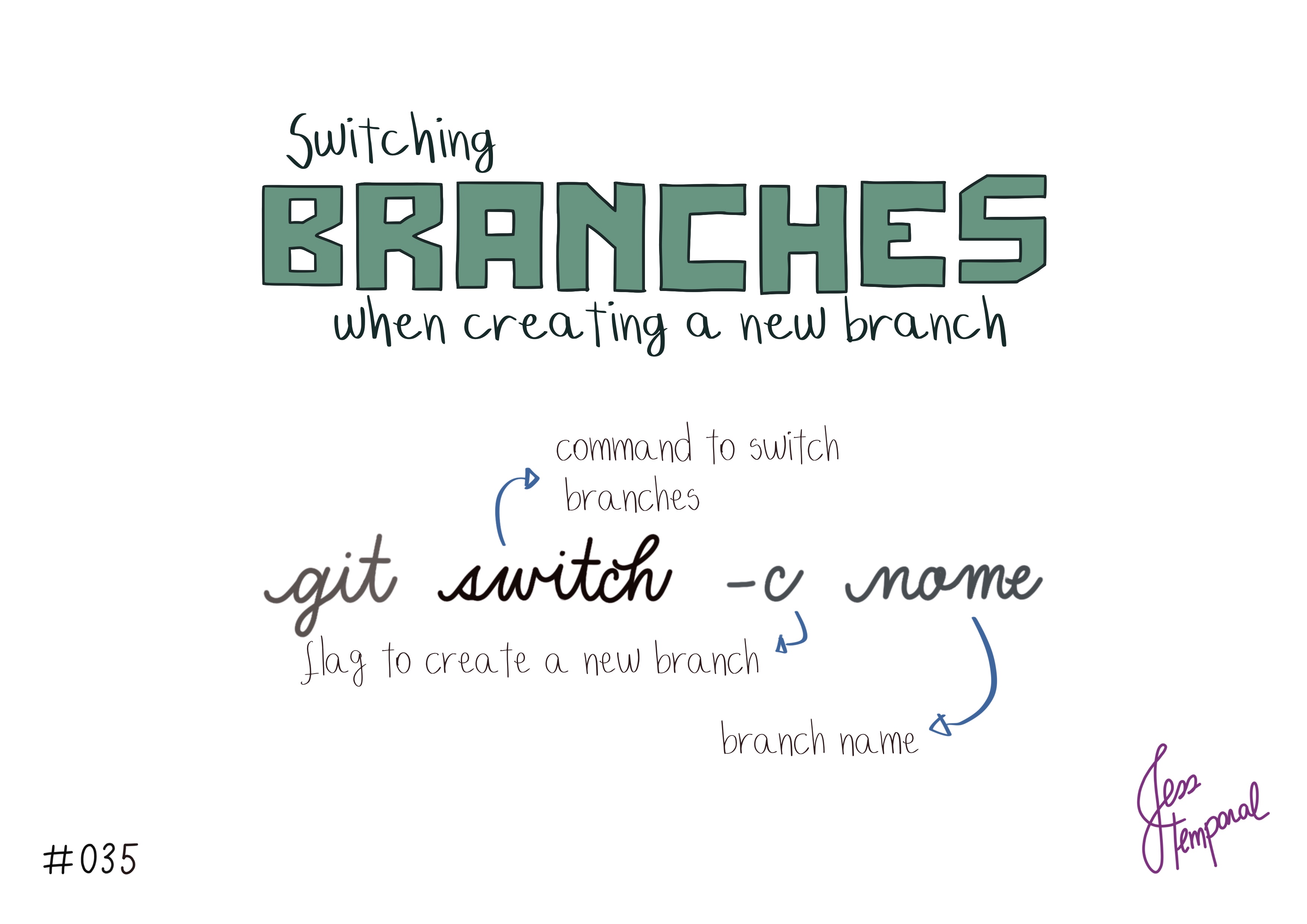 Now you know two shortcuts to create a branch and change to it with only one command.