Undoing and redoing commits is part of everyday life, so it’s important to understand the commands that can help us along the way. In this pro tip I will teach you how to do two things:

With these two commands in your repertoire of Git commands, you will be way happier. 😉

I talked about the command git reset in this other pro tip. In a nutshell, it is a command that allows you to return to a previous state. The most basic use of this command is to use it to undo one or more of the most recent commits. With that, let’s assume you’re in the following situation (interestingly I went through this last Friday):

As an example, I have here a history of a project in which there are two commits: the initial commit on the main branch (d815be) and the second commit (5e8ae2) adding arquivo-1.txt that should be on another branch, see:

Given this scenario, the first step is to use the command git reset. Maybe you don’t know that there is a flag that while undoing a commit with git reset, it allows you to keep the commit changes on staging and the commit message stored in a special variable that I’ll show you in a bit. That flag is --soft.

The flag --soft indicates that you want to undo the commit subtly, in other words, keeping the changes. When running this command, you will not get any message, but the changes are on staging, which you can check with the command git status, and the result is as follows:

Now let’s redo the commit in the right place and reuse the message.

Now that you’ve undone the commit and you have the changes on staging, you can create the new branch and switch to it. I mentioned this previous command in this other pro tip just in case you want to check it out:

With that, the long-awaited moment arrives! You probably already know that to make commits, you need to use the command git commit. As our reset was soft-like, the commit message was stored in the variable ORIG_HEAD, so to reuse it you should use the flag -C followed by the variable, like this:

This flag -C literally means “reuse message”, and this is the result:

Finally, if you want to edit the message, you should use the flag -c in place of the current flag. This will give you the opportunity to adjust the previous message before finishing the commit. 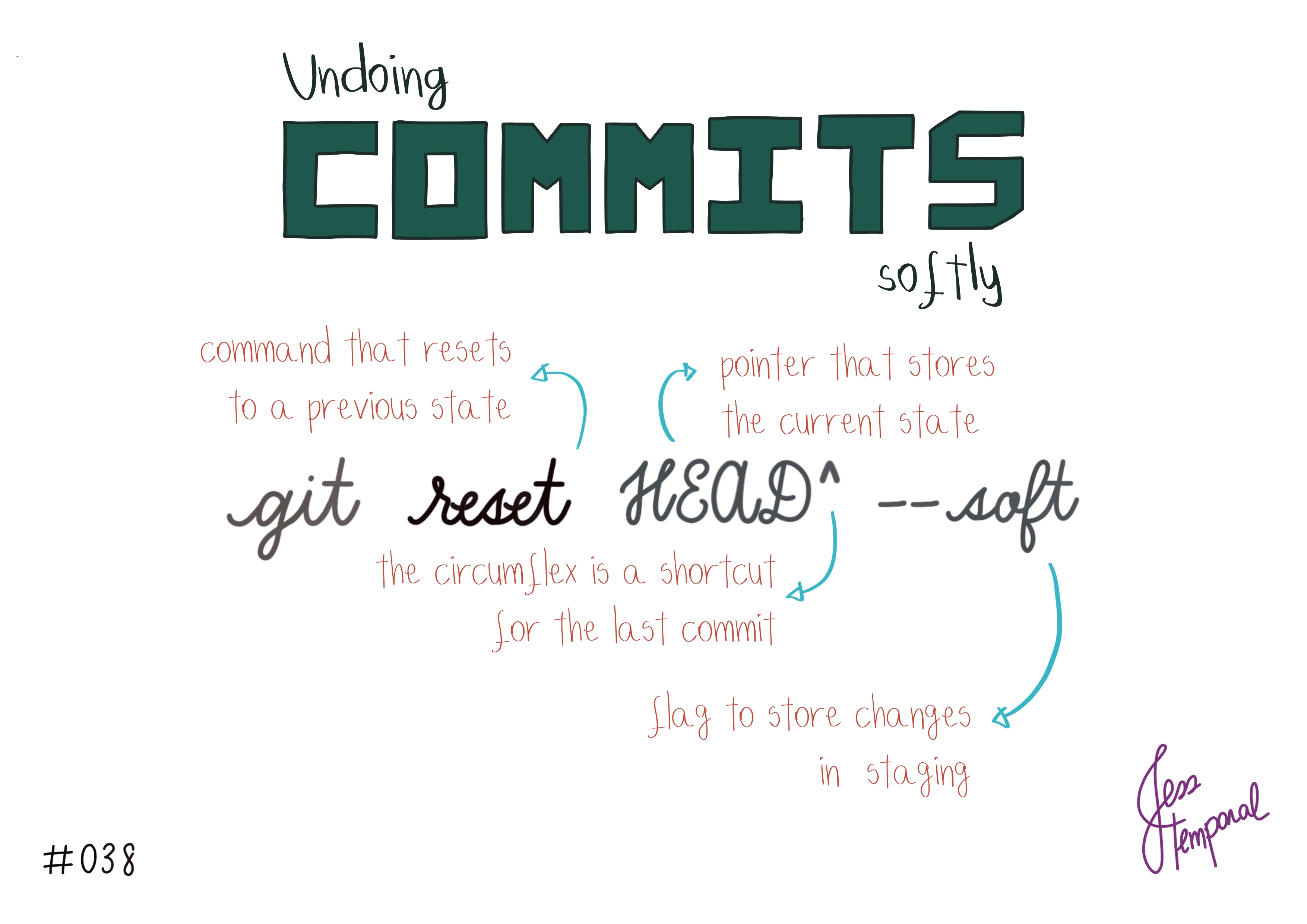 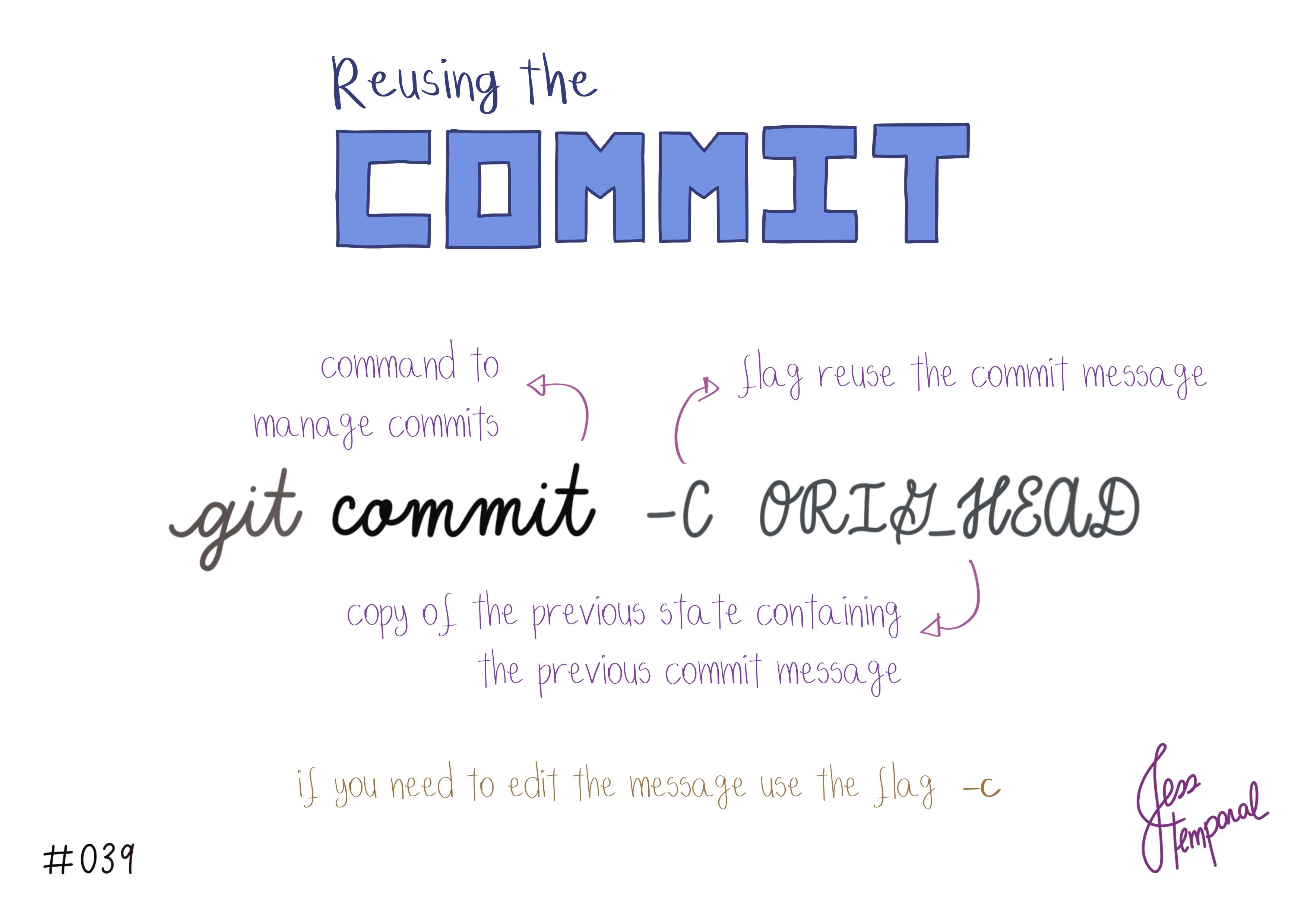 Hope these commands help you to reuse the work done.


Jan 14, 2022
Learn how to use the git reset command to undo most recent commits


Oct 6, 2021
Top tips to make your open-source contribution a success